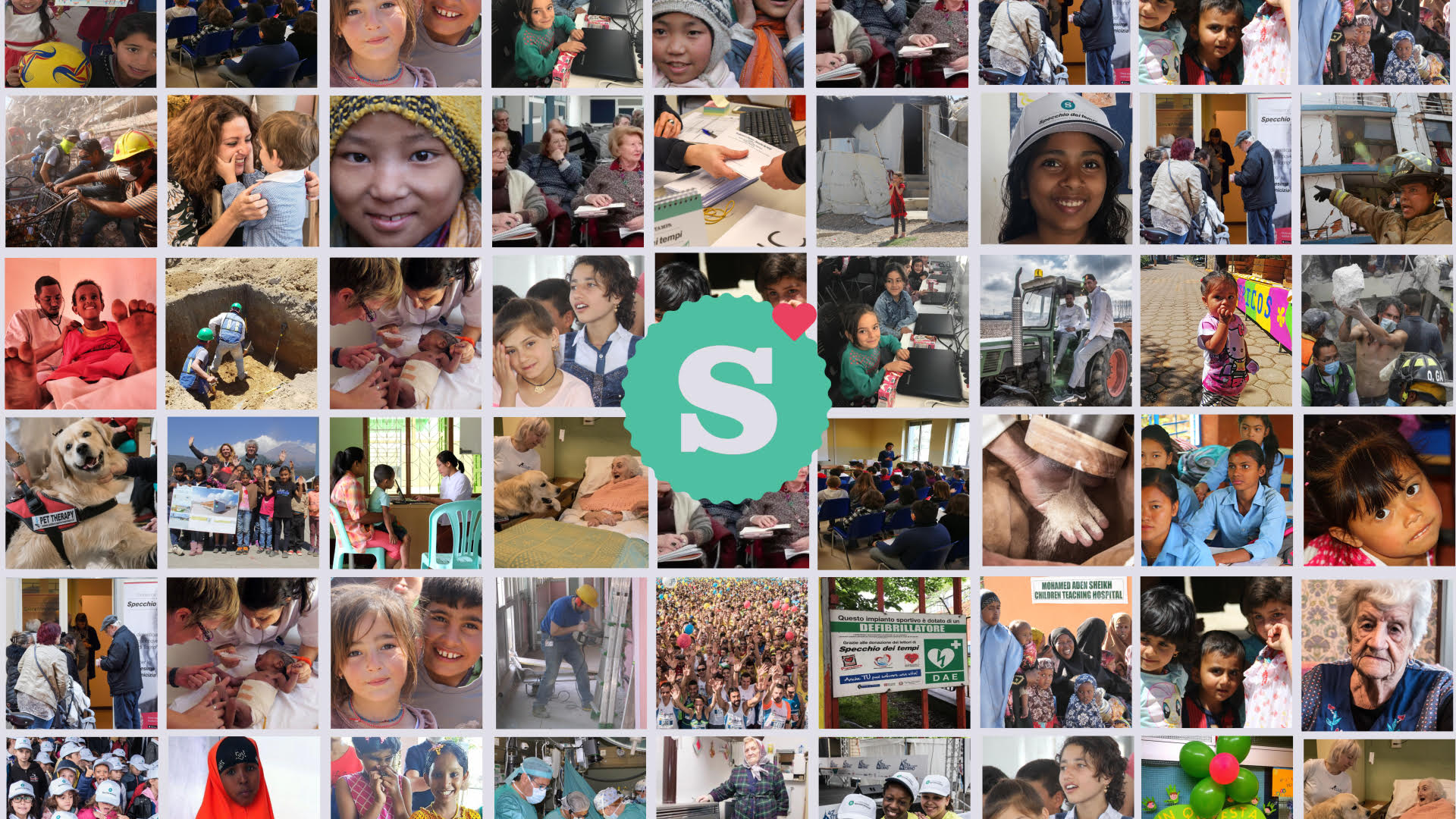 The Foundation Specchio dei tempi was born in 1955 from the the column of  La Stampa newspaper. A space dedicated to the readers where they could share their thoughts, experiences, stories of injustices, dysfunctions in the society or of the public or private institutions. The column started to represent the heart of the readers. In fact, in learning of the different events and difficult situations in which the people lived in, the readers started to send concrete help to those in need.

Charitable interventions started to flow in within the area of Turin, and in time more structured programs took place in occasion of national and international calamities (the earthquake in the region of Friuli, the Vajont dam disaster, the earthquakes in Belize and Irpinia, the famine in India, the flood in Piedmont, the Asian tsunami, the drought in Africa and earthquakes in Messico and Nepal).

In 1982, Specchio dei tempi was formally recognized as a Foundation that promoted social initiatives of great value, giving concrete help to people, families, schools, communities, the populations that have been struck by disasters. In addition it disposes the community with the equipment to help give relief or improve the life conditions. These are the pillars on which the Foundations has always based its worked on.

In the last couple of years Specchio dei tempi has reconstructed and inaugurated the school complex of Arquata del Tronto: the only municipality that was entirely evacuated after the earthquake in 2016 that caused 51 deaths. The intervention on the territory increased with the promotion of habitation units for the local farmers. In the area that have fallen victim of the disaster, Specchio has invested upt to 3.5 million of euros.

The Foundation has also invested 5 millions for the Children’s Hospital – Regina Margherita of Turin, to reconstruct the ground floor clinic together with the units of Cardio, Cardio-reanimation and child Neuropsychiatrist department.

At the Sant’Anna, the Oncological Day Hospital has been restored in order to help cure female tumors guaranteeing  a complete and high quality path.

In the last 4 years 300 defibrillators have been installed in schools, sports complexes, squares and underground stations. Always in the area of Turin, Specchio dei tempi promotes the “Tredicesime dell’Amicizia”: a program born to help 2000 seniors that find themselves in great difficulties with a help of 500 euros in occasion of the Christmas period.

Specchio dei tempi, since 2018, is close to the families made of single parents who are struggling and help the poor through interventions of the Specchio Point and by donating breakfast to hundreds of homeless people.

All of the activities and projects are following directly by the Foundation and are continuously  reported on the pages of La Stampa, the Foundations website and social media pages.

At the present time, Specchio dei tempi has over 40 active projects in Turin national and international grounds. Right now most of its strengths are concentrated on the fight against Covid-19. The Foundation is committed to help by donating equipment and machineries to the hospitals and the associations that are working in first line to obstruct the virus, but it is also concentrated in helping the elderly and the schools during this emergency.